Why We Like Ike: Thankful for an American Highway Visionary

As the year comes to an end, many municipalities and DOTs across the United States are planning their 2020 pavement projects, the largest which will be maintenance and repairs to 47,000 miles of interstate highways that criss-cross the nation. For all of the rock kicking we do about the state of specific highways, the US has one of the most intricate road networks in the world.

Rarely do we think of what life would be like without our interstate system. For most of us, it has always been here to take us from one point to another; however, this project took a long time to come to fruition. Its history is something we should all know about and be thankful for as we travel this Thanksgiving.

The year is 1919. America is an empire in bloom, as the continental United States now stretches from the Atlantic to the Pacific. Even though it’s only ten years old, the automobile is taking the country by storm. Five years have passed since the first transcontinental highway, the Lincoln Highway, sprawled from New York City to San Francisco. A young Lieutenant Colonel by the name of Dwight Eisenhower is about to embark on a cross-country journey with a massive military convoy on Lincoln Highway over the next 62 days.

“The convoy included 81 vehicles, 24 officers, and 258 enlisted men. Their trip encompassed 3,251 miles in more than a dozen states, and took 62 days to complete.”

This convoy originates as a project to test the limits of the military’s ability to act in a time of war. With such a large stretch of land to defend, US military leaders need to ensure that the proper equipment, supplies, and personnel can easily get from one place to another.

While the convoy proves that they can indeed travel from coast to coast, the journey does not go without issue. Many roads and bridges are found to be impassable as they crumble and crack under the weight of the equipment, and much repair work is done to keep the convoy moving.

As they arrive in San Francisco, Eisenhower realizes it would be tough to mobilize if there was a mainland US invasion.

The realization leaves quite an impression on the young Eisenhower, who sees first-hand how critical a robust road system will be to the nation’s defense in the Age of the Automobile.

Fast-forward to 1945. The young Lieutenant Colonel Eisenhower is now a General of the US Army, leading the way to victory in Europe. He is a witness to the intense period of technological advancement World War II triggers.

One of the advancements is a vast highway network of wide, multi-lane roads that span the entirety of Germany called the Autobahn. The Autobahn is vastly superior to the rest of the world’s infrastructure, and Eisenhower is amazed by how efficiently the Germans’ intricate highway system moves its military. This idea sits with the future President, who brings the idea home with him after victory is declared in 1945.

Fast-forward to 1956, and the war hero General Eisenhower is now President Eisenhower. The advanced threat of war from the air and ground means the US is no longer an impenetrable fortress surrounded by water. Mainland defense is now more important than ever.

Eisenhower keeps thinking back to the Autobahn and how it played a pivotal role in Germany’s war effort. The US not only needs a similar network in order to mobilize the military, but also to mass evacuate cities under the threat of nuclear war. In addition, the country is going through one of their most prosperous times, and people are starting to commute daily from growing suburban communities.

To solve the problem of potential traffic nightmares, Congress then legislates The National Interstate and Defense Highway Act of 1956, the most massive infrastructure bill in the country’s history.  Overall, the project took 36 years to complete, with the final segment opening to the public in 1992.

Building this highway network is just the tip of the iceberg. Roads require a lot of monitoring and maintenance, especially heavily-used interstate highways. As technology advances, so does our ability to monitor the degradation of these highways. Artificial Intelligence has made the process more objective and efficient. Our dedicated civil engineers and construction workers can now focus more time on actually maintaining the roads instead of months figuring out where to begin.

If Eisenhower had never gone on that convoy or been a World War II General, would America’s highway system be the same? Maintaining the quality of this highway network not only honors the former President but keeps the prosperity going. 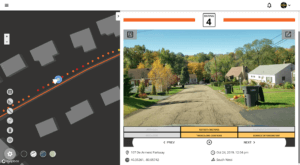 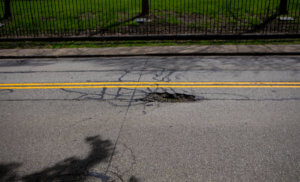