Autonomous Vehicles (AVs) continue to gain the attention of media, government, and citizens alike. Pittsburgh has acquired a reputation as the “birthplace” of AVs, and now elected and appointed officials are looking to expand the industry, including testing and research, through legislation.

These efforts are being met with both enthusiasm and skepticism. Let’s take a look at the concerns, benefits, and impacts of AVs in Pittsburgh. 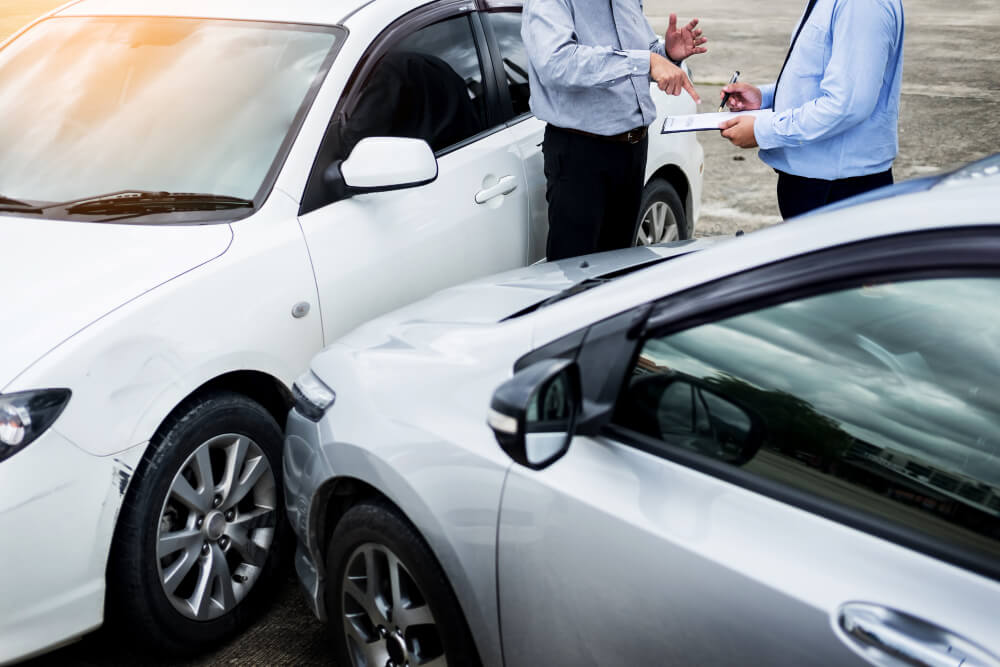 First, a lack of transparency and poor communication between private companies, universities, governments, and the public has led to a wariness around AVs and their testing.

Another concern is how accidents, congestion, sprawl, and insufficient infrastructure will impact Pittsburgh.

Unfortunately, the AV industry has no defined standard as to what qualifies as a crash, and a limited amount of data is available publicly. Certain sources deem AVs safer than human-driven vehicles, while others report AVs have a higher crash rate. AV accidents do result in fewer injuries, with the most common type being rear collisions caused by human-operated vehicles.

Two incidents demonstrate how the industry modifies their response based on the severity of AV accidents:

While Waymo has blocked the state of California’s access to their AV crash data, they are also the only of the four major AV companies in Pittsburgh that has made crash data publicly available through the release of their Public Road Safety Performance Data in 2020.

Overall, a lack of sufficient data prevents us from understanding the true road safety risk of AVs.

Another area of concern lies in AVs potential to increase urban sprawl and traffic congestion. As personal AVs become an option for those who can afford it, traveling longer distances could become more common.

Organizations involved in the expansion of AV testing in Pittsburgh are very much aware of these risks and actively working on strategies to prevent that from happening.

The Pittsburgh Department of Mobility and Infrastructure shares,

A 2019 article from StreetsBlog USA asks an interesting question: While AVs are an enticing new advancement, what about areas where we’re behind on the basics?

Many marginalized communities in Pittsburgh require improvements like sidewalk updates, infrastructure for alternative transportation methods, and public transit access. StreetsBlog questions whether we can justify using millions of dollars from the city’s infrastructure budget to fund AV research while these maintenance issues still exist. This question is more loaded than ever in light of the Fern Hollow bridge collapse. 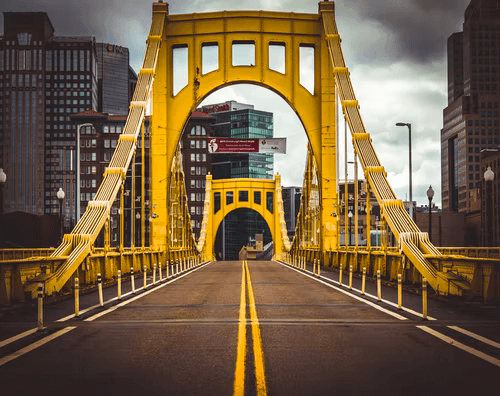 Keeping concerns in mind, how do the benefits stack up?

From cruise control’s development in the latter half of the 20th century to partially automated driver assistance features like parking assistance, people have been relying on technology to make their lives easier for years.

AVs are a natural progression of this trend. In the Pittsburgh area alone, we have Argo AI, Aurora, Motional, Waymo, and our alma mater, Carnegie Mellon University, involved in AV research and testing.

Along with the increase in job and research opportunities in the city, what are the other benefits AVs are bringing to the ‘Burgh?

Since AVs are not capable of human behaviors like getting tired, driving too fast, driving under the influence, or texting while operating a vehicle, these are “low-hanging fruit” for improving road safety.

In many cases, reducing human error can even equate to less deaths on the road. The National Highway Traffic Safety Administration (NHTSA) speculates that AVs can help bring down the number of yearly crash fatalities; in Pennsylvania, there were 1,141 deaths related to dangerous driving behaviors like drinking, speeding, and texting. 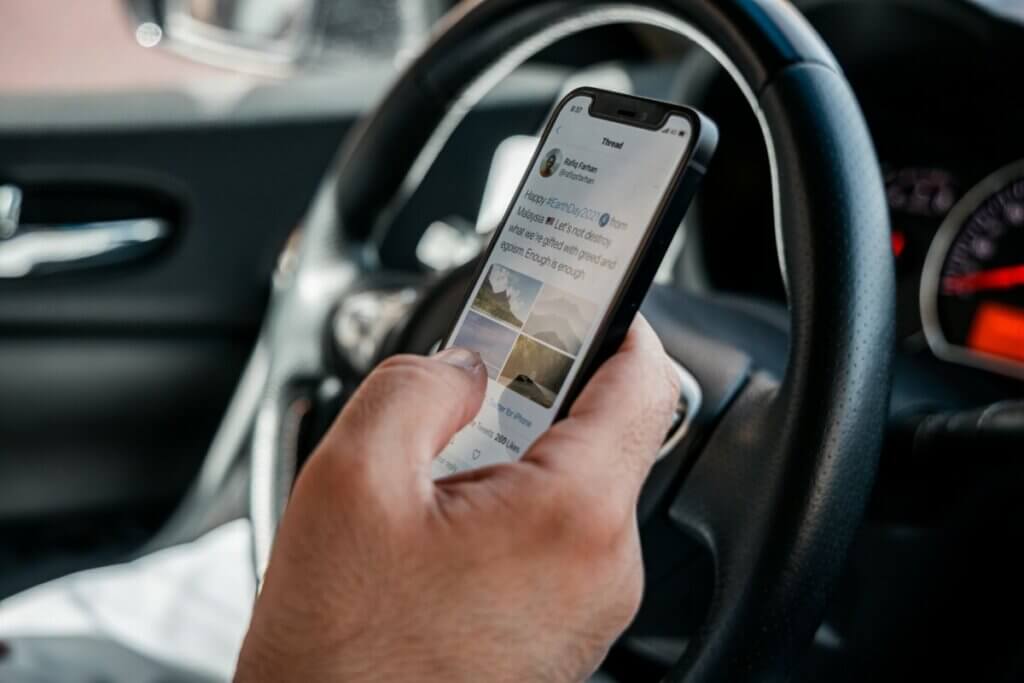 Improving road safety has benefits at the financial level, too. Reducing crash rates would also reduce the medical and work-loss costs associated with traffic-related deaths, which came in at $1.79 billion for Pennsylvania in 2018.

While state-based options like PennDOT’s ride-sharing and public transportation programs are available for disabled and older adults, they could be expanded and enhanced through AVs.

Accessibility and mobility are two sides of the same coin. AVs could improve both. 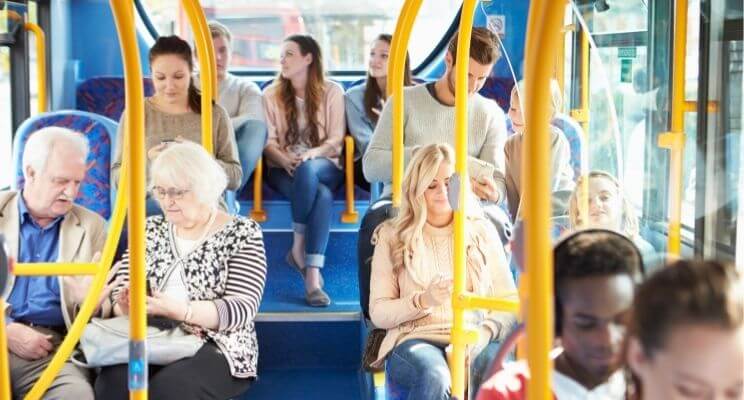 Increased availability of AVs would improve accessibility by making it more convenient and affordable because you could travel at any time and it would not require a driver.

AVs would improve mobility by offering ways to expand traditional mass transportation routes and the ways these populations could access everyday necessities through new delivery capabilities.

Many of AV’s environmental benefits depend on the expansion of this technology causing a decrease in cars on the road. Ultimately, usage will be tied to how affordable AV transportation is to the average citizen.

With fewer vehicles on the road and many AVs being electric-based, the number of emissions and resources used for transportation would be reduced. Fewer cars also translate into less need for car-related spaces like parking garages. With the extra space, communities could work towards more complete streets. 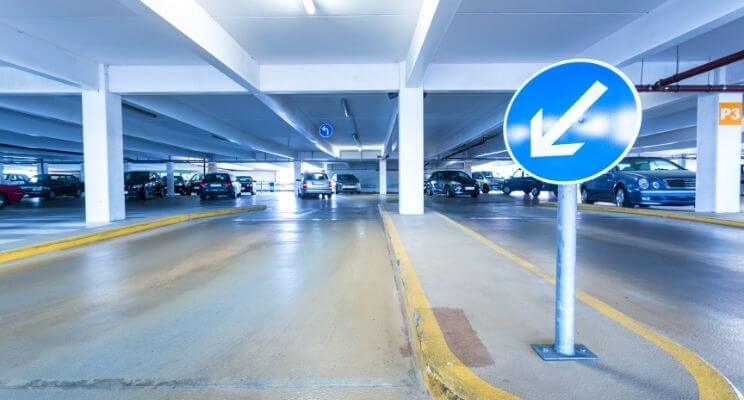 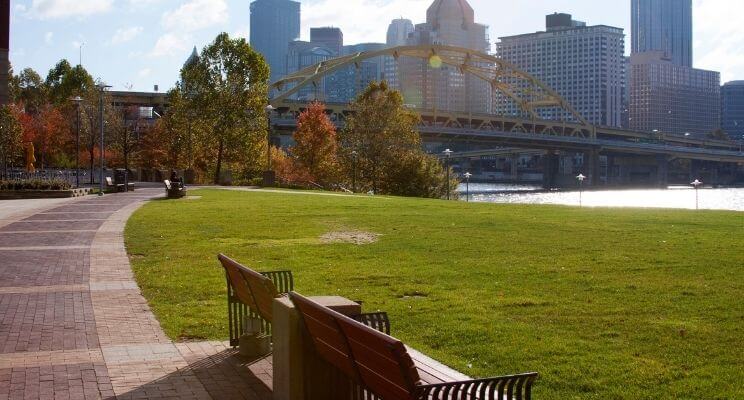 New jobs in the technology industry are on the rise. In this year alone, 8.9 million will be generated by new and existing tech companies in the United States.

The tech industry in Pittsburgh has already had a $12.2 billion economic impact. Tech companies employ over 300,000 people in Western Pennsylvania, which translates into 37% of total regional wages. Carnegie Mellon University and The University of Pittsburgh have received $1.6 billion in funding for research and development of new technology. Tech industry growth is expected to follow a trend of 5.5% per year nationally.

With expanding funding for AV testing and research, the region would see an increase in tech-centric businesses setting up shop and new jobs and business following suit. New population growth would be another contributor to the city’s growth, as interest in attending one of the nearby universities leading AV research increases.

AVs present a transportation option with a level of convenience that revivals all else. Riders would not have to operate, own, or maintain a personal vehicle – which can cost up to $5,500 in car payments and insurance every year.

The Global Traffic Scorecard reported that the average person waited in traffic for 36 hours in 2021.

While AVs won’t eliminate traffic, they would free up the mental energy spent operating a vehicle and save time that could be spent on other activities.

Despite concerns, the benefits associated with AV expansion are promising.

What will it take to integrate AVs into the region, taking both the concerns and benefits into consideration?

A recent analysis of how AVs could impact disadvantaged populations demonstrated that there is a need for policy that will ensure AV technology is equitable. Investigation of current AV technology shows that racial and gender bias exist within the machine learning algorithm. These need to be addressed to keep all members of a community safe. In addition, affordability must be considered so that economically disadvantaged populations are not blocked from the benefits of AVs. A research study by ASCE shares how Connected Autonomous Vehicles, or AVs that sync up with other AVs, “also have the potential to overcome traffic congestion and increase roadway capacity. However, the right infrastructure needs to be in place for transportation planners to ensure safe and reliable CAV operations.”

Locally, The Regional Industrial Development Corporation provided a report on AV expansion in Pittsburgh and uses the region’s technology reputation as a reason to strengthen this position. The report emphasizes the need for expanded legislation. 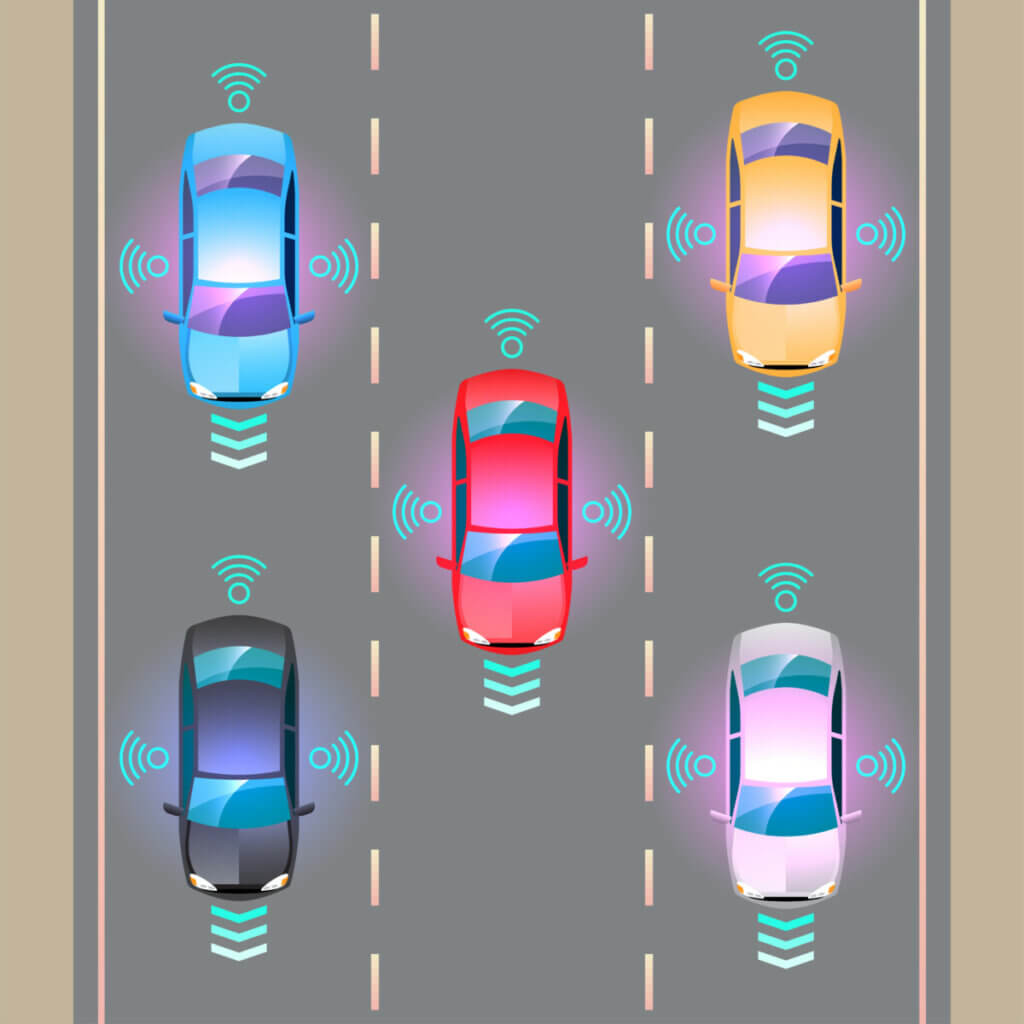 The Pittsburgh Department of Mobility and Infrastructure (DOMI) is already involved in AV testing in the region.

"We're trying to answer questions like ‘Is better utilization of data possible, and what is the standard for data sharing?’ so that the region can become a center for data generation, testing, and sharing across industries."

To DOMI, testing before scaling is essential. They’re prioritizing pilot projects with local governments and organizations to get actionable feedback and understand how the research translates into reality.

Mr. Klingensmith believes that establishing data standards and a centralized database through the ongoing mapping of our city’s assets will encourage better collaboration and communication across stakeholders, including citizens, universities, governments, and companies.

AV testing and research is now part of the technology trend in Pittsburgh is helping to continue to move it from steel to startup. Both the enthusiasm and skepticism are warranted.

Can the city use the concerns, benefits, and impacts to shape legislation that moves the industry forward without sacrificing safety and integrity?

Klingensmith concludes, “The first step we’re taking is meeting with people from many of the organizations that will have a role in AV testing. People work with data in different ways, and much of the existing data we have access to could provide useful insights depending on its ability to be standardized. Resources across the board are going to be tight – the best way to prepare is to take stock of data and be ready to hit the ground running.” 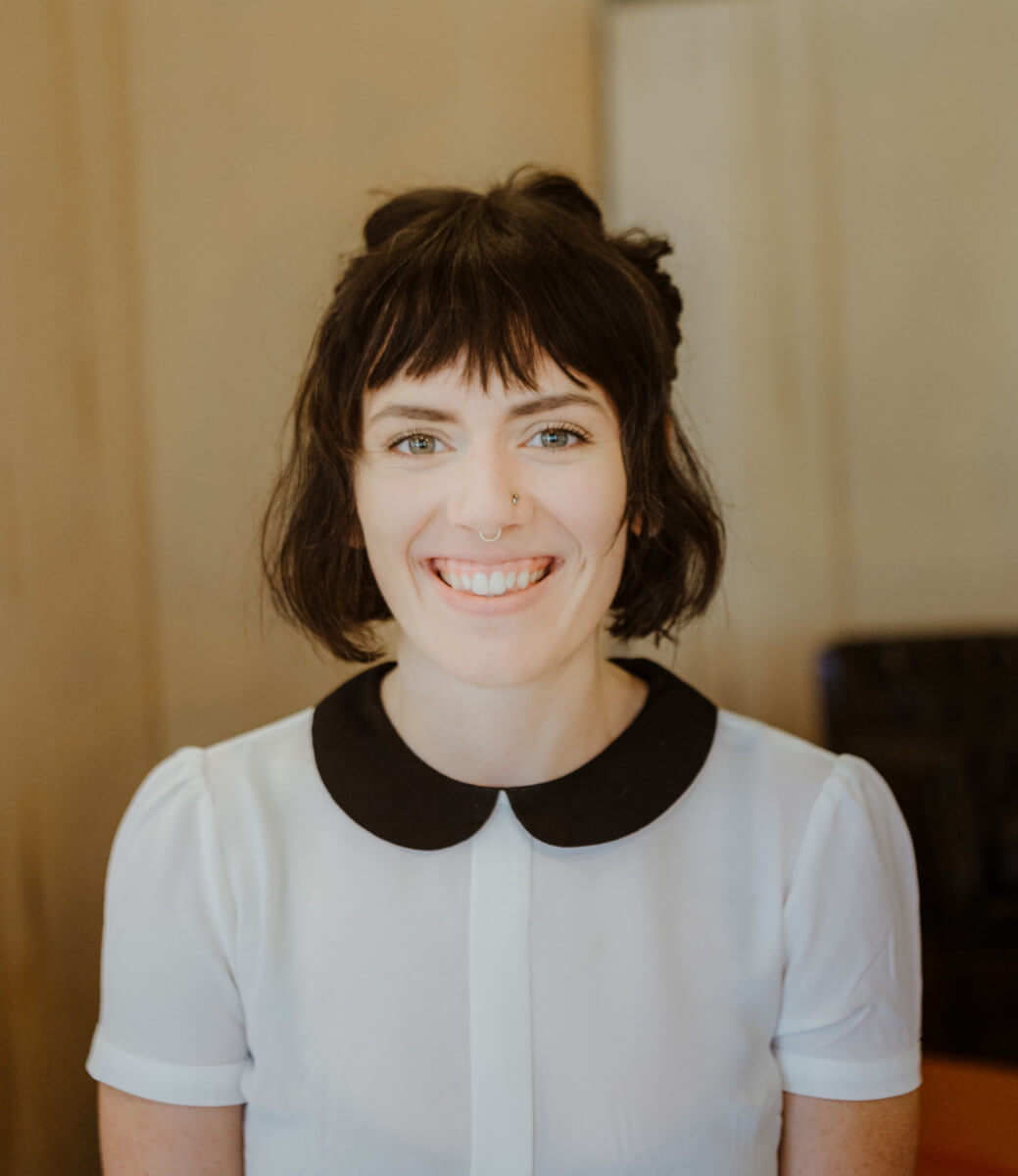 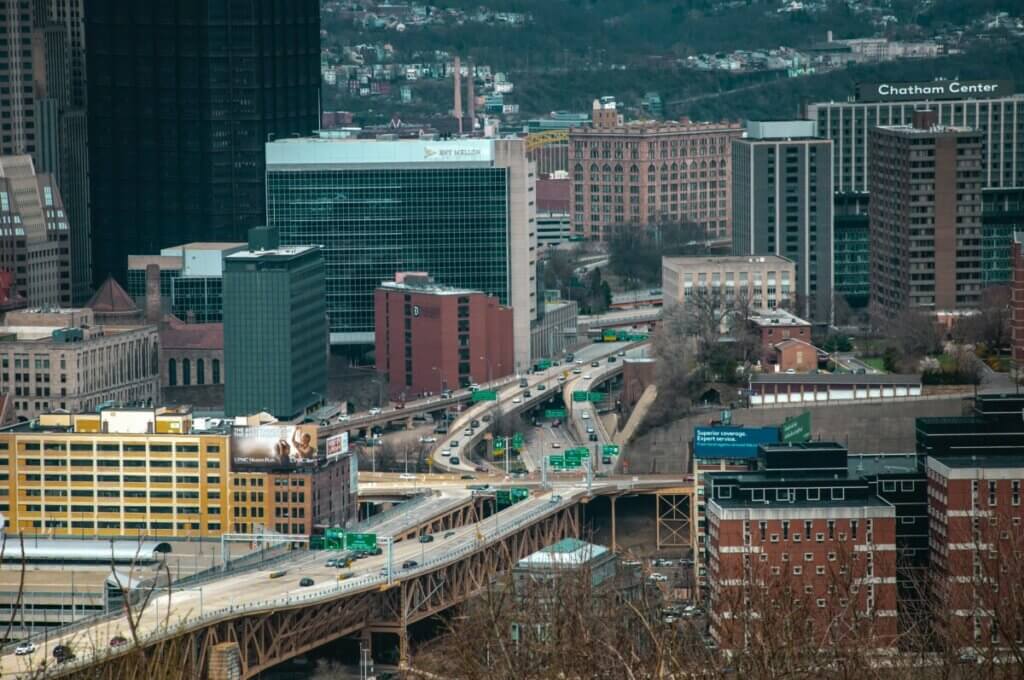 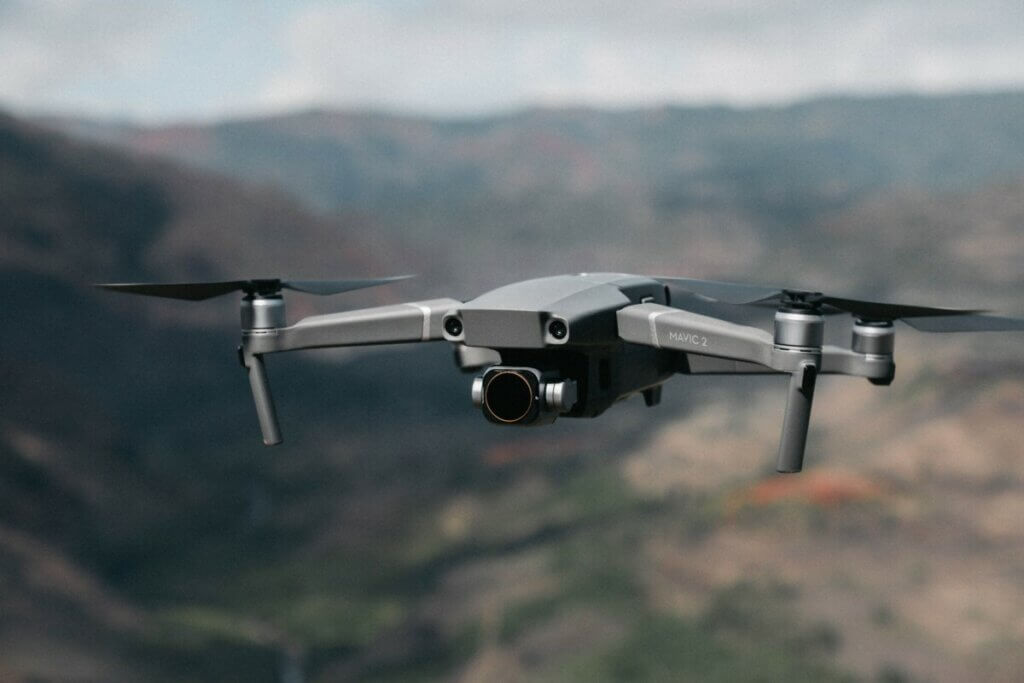 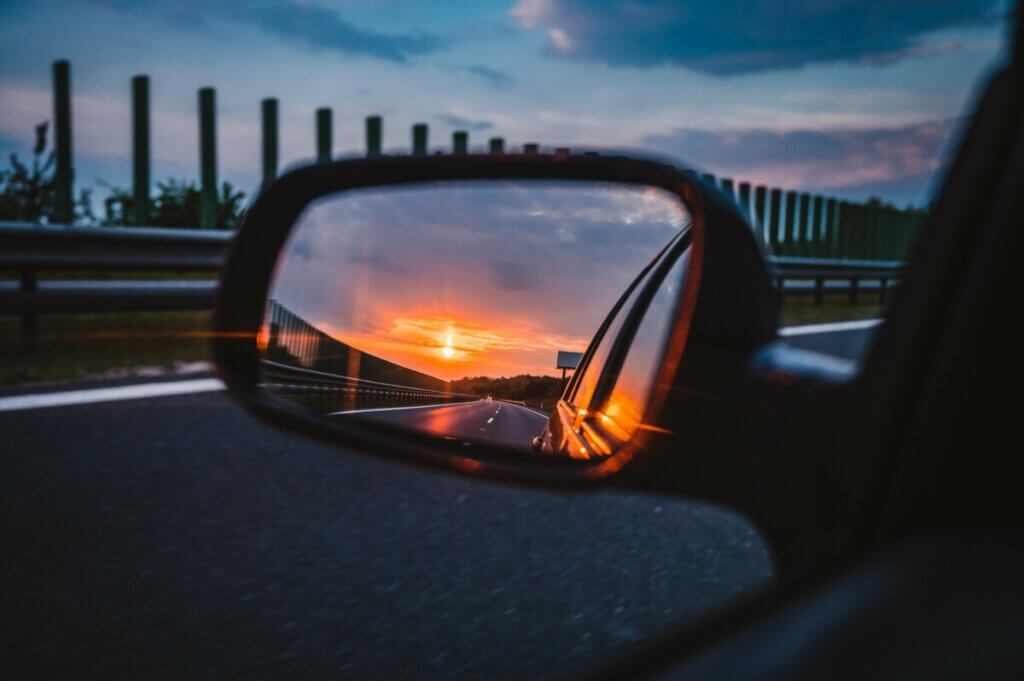 A Year in the Rearview 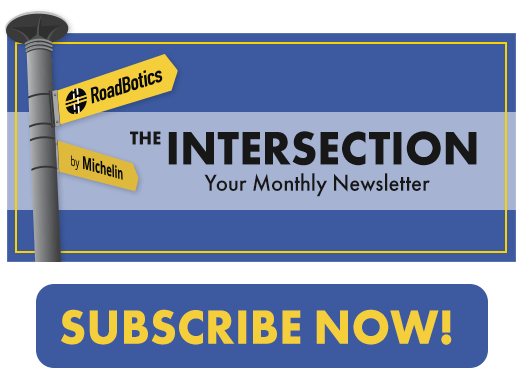